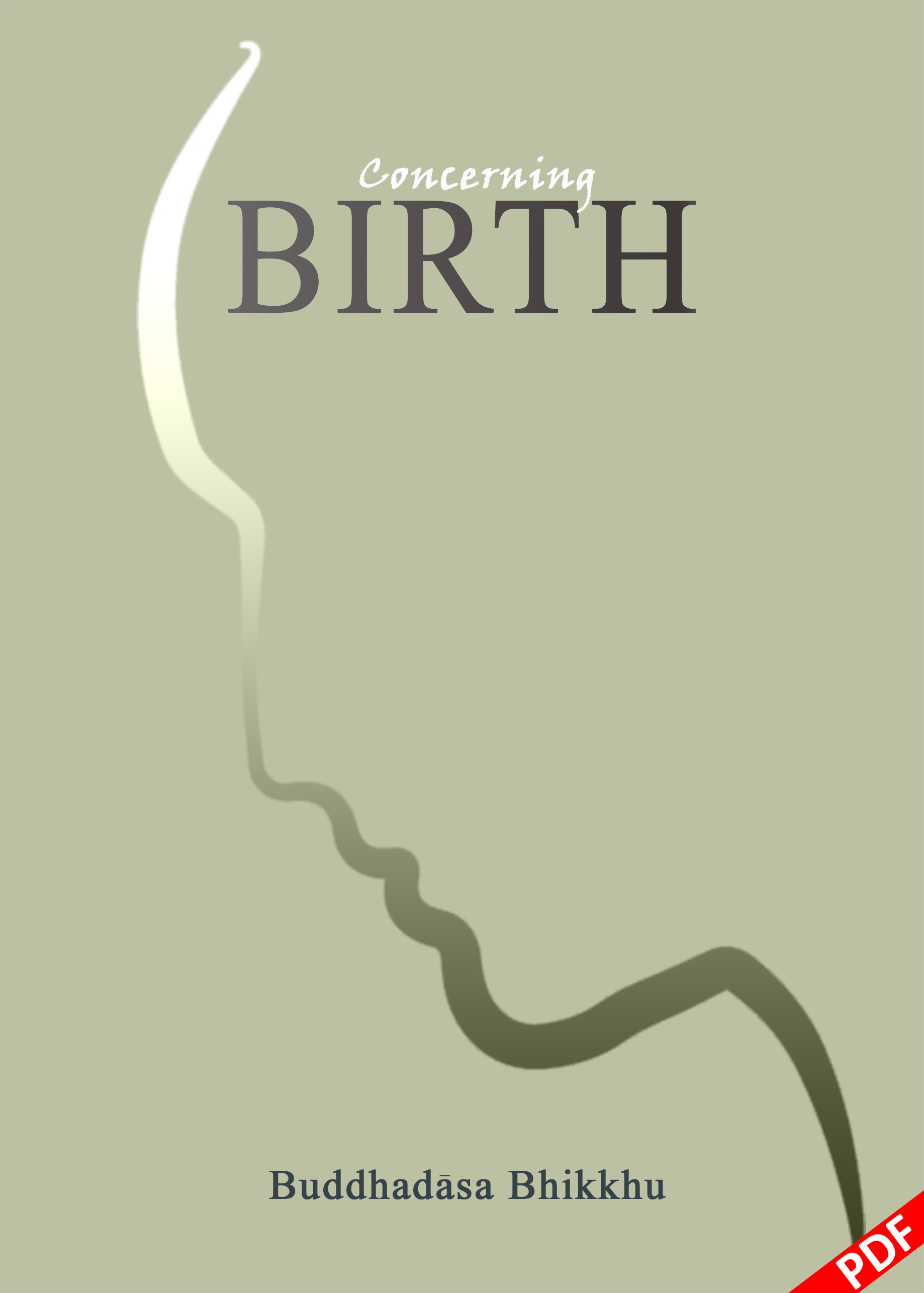 “Please take interest in whether your mind is thinking in better and loftier ways or not. Manage mind so that it’s born in a more elevated manner, so that the kilesas (defilements) decrease, so that there is more clarity, insight, and bodhi (enlightenment) every time mind is born...”

(Introduction by the translator)

Buddhadāsa concerns himself with the concept of ‘birth’ as being ‘ego’ birth, the mental form of the genre. He does use the term ‘rebirth’ on occasion, but never with the usual meaning, that is, as describing something taking place from physical life to physical life – the ‘round of rebirths’ so dear to traditionalists. He preferred to confine himself to the actually experienceable. The term 'jāti' is acknowledged to mean ‘birth,’ and not ‘rebirth.’ Buddhadāsa was of the opinion that the Buddha wasn’t teaching such a thing so didn’t concern himself with what might or might not happen once physical death had taken place, that, said he, couldn’t be known with any certainty, and anyway, wasn’t personally experienceable. On the other hand, the Ajahn never denied the possibility of ‘rebirth,’ and acknowledged the concept as having value in any social system still dominated by ignorance: primarily as a social tool, but also as a means to another end – that is, as a conduit by way of which people could come to a more useful understanding of the Buddha’s teaching. What he meant by that was that people could come to see how the ‘self’ illusion – which is really the source of all human woe – is sustained by our constant seeking after stimulation, after the delightful, which, should one feel the need keenly enough, can be controlled, thereby reducing selfishness and the associated dukkha.