From Ten Years in Suan Mokkh, a memoir by Tan Ajahn describing the formative years of the forest monastery he had founded in 1932, first published in 1943 when he was thirty-seven years old. Translated from the Thai by Santikaro Bhikkhu. Electronic edition prepared in collaboration with the translator by the Buddhadāsa Indapañño Archives in May 2020 on the occasion of the 88th Anniversary of Suan Mokkh.

Each morning I set out for alms round through Suan Mokkh’s broad confines, along the narrow path through thickets next to the big pond. In the middle of that path I have "wasted time" waiting for a young buck otter that has come out to roll and frolic in the sandy soil. Then after finishing its business, it gets out of my way. While I wait, it from time to time raises itself up on two legs to gaze at me. It’s as if it were challenging me: "if you dare to hit me then come on." When it raises itself up to the height of my chest at a distance of just eight or nine meters, I am just like all of you who have never met up with this sort of problem before. Also, I am in the beginning stages of training myself in the Blessed One’s highest way of Dhamma – that is, in not fighting and not protecting myself, yet not fleeing, not being afraid, and not retreating. What would you expect or what would you have me do except stand and wait for it to go away?

Another aspect of this, which ought to be considered quite special and has been a major support for me, is the love of learning that wants to understand and wants to try things out. When mental strength and mindfulness are still with me, all I want to do is give it a try, even if it means finding out what a tiger’s bite or a snake’s bite or a ghost’s tricks or a conversation with nasty spirits is like. These all can be taken as opportunities to study such things as well as to test my own strength, courage, and sensitivity.

It seems, however, that fortune doesn’t lead in that direction. Fear turns out to be something deceptive and pointless, in other words, I’ve wasted my chances as befits this stupidity that has made itself afraid. Thus, if we have wisdom and reasoning sufficient for maintaining ourselves, we can hope for both safety and opportunities for more refined studies.

The things that I’ve been afraid of increasingly become ordinary stuff until there are times that they become objects of amusement and I find myself changing into another person. And when things carry on like this further, the fear-based obstacles that have interfered with mental stability and concentration decrease and eventually disappear. I become able to sit in quiet places outside all alone at night without any form of protection other than the robes I am wearing. Then, mind is firm and direct in its practice as intended.

I used to think that that we ought to rely upon protections such as fences and mosquito nets to help diminish the anxiety of sitting alone in scary places. However, I must confess to my fellow students that such isn’t likely to be true. We will never achieve a new mind that has fully let go through that approach. That mind remains anxious and never has sufficient strength and motivation. Once we leave aside such comforting supports, the foolishness of ordinary people returns again. 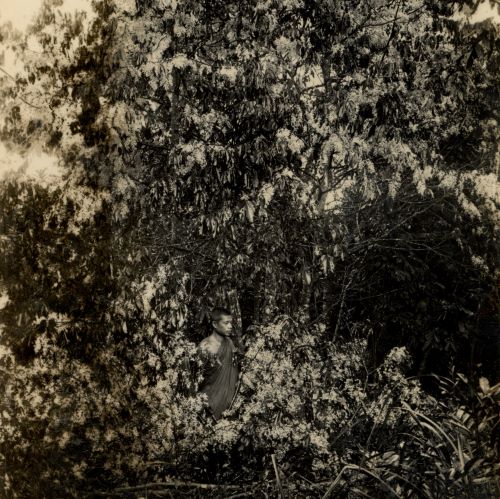